The recent release of the 2022 edition of “20for20,” a research project based on 20 conversations with senior multifamily executives about the outlook for 2022 and beyond had some very revealing insights. Here are a few of the key findings and insights regarding the industry’s approach to technology in general and data analytics in particular.

"Best of Breed" vs. "Bundled" Approach

In the 24 years I’ve been working in rental housing technology, one of the consistent themes is the tug-of-war between “best of breed” and “bundled” approaches. The former generally provide better solutions but at the cost of integrations and complexity; the latter is certainly simpler but rarely leads to a truly top-notch tech stack.

There will never be an objective “best” choice as different companies with different objectives will rightly make different choices. However, this year’s 20for20 shows clear indications that the bias has moved back towards best of breed approaches:

The 11 executives favoring best of breed described several reasons are driving this desire:

I would add that data flows more easily and integration software is easier to work with than years ago though these executives should probably be pushing their providers to make data flow even easier than it is today.

Data Analytics is Top of Mind

Moving on to other parts of the study, the most stunning result to me is how important data analytics has become in the minds of both COO and CIO executives. Of four choices (data/analytics, leasing tech, resident fintech, and IoT), data/analytics scored the highest priority by COOs and 2nd highest by tech leaders. Leasing tech reversed that, scoring highest among tech leaders and 2nd among COOs.

I find it particularly interesting that the business places a higher priority on analytics than on the tech side as the stereotypes of those positions would suggest the opposite to be expected; though it should be noted this is consistent with the broader best of breed theme discussed earlier. Such is the power of analytics, that the business is now pushing more for it than ever!

Lastly, the study has a lot to say about business intelligence itself. Throughout the history of 20for20, the study has observed that business intelligence adoption has followed a different path than all other tech areas. Most technology takes a while to get enough individual adoption but then hits a tipping point where many operators adopt it (think revenue management, prospect portals, resident portals, CRM, and now AI); also, most of those technologies involve a very discreet decision process to get to a full rollout, often involving a pilot.

In contrast, business intelligence has had a very slow and steady, essentially linear adoption path. It’s also typically more than a roll-out as the interviews have shown it to be a multi-year, multi-stage evolution. Wherever they are in their maturity, most operators are just trying to move from their current stage to their next.

This year’s interviews showed an expansion of that evolutionary process as fully 85% of respondents reported significant activity in their BI platforms. This suggests an acceleration from past trends and respondents said the key drivers of this are

while the biggest challenges are getting multiple PMS environments into one single source of truth and working to leverage data on the deal side as well as in operations.

These themes and trends match what we’ve been seeing at Real Estate Business Analytics, and I for one cannot wait to see how much further this has advanced come next year’s fifth edition of 20for20. 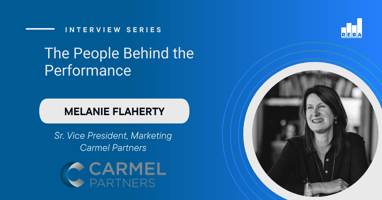 The People Behind the Performance - An Interview with Melanie Flaherty 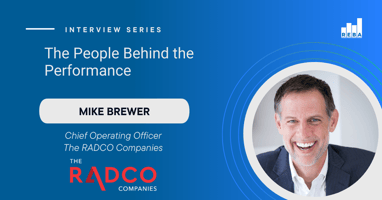 The People Behind the Performance - An Interview with Mike Brewer 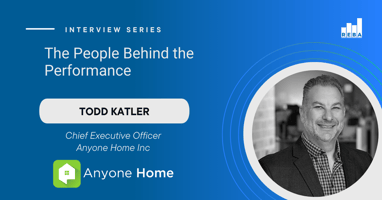 The People Behind the Performance - An Interview with Todd Katler