The People Behind the Performance - An Interview with Laurie Baker

In this interview series, our CEO Donald Davidoff sits down with key industry leaders and disruptors to tell the stories of the people behind the performance. Today, we’re joined by Laurie Baker, the Chief Operating Officer for Camden Property Trust, one of the largest publicly traded multifamily companies who develops, acquires, sells, and manages apartment communities in major markets across the country.

Join us for a transparent look at Laurie's insights on two decades of real estate industry experience, the importance of not only building your DE&I culture but also celebrating it internally and externally, what the future of data looks like for multifamily housing, and a concise (but precise) lesson in change management. Laurie Baker is Chief Operating Officer for Camden Property Trust. Laurie is responsible for the oversight and strategy of Camden's portfolio operations and a member of Camden’s investment committee. During her 20-plus years with Camden, she has held several roles, including Executive Vice President of Operations and Senior Vice President of Fund & Asset Management, and has led Camden’s reposition and redevelopment program totaling more than $503 million in property improvements. Laurie has a deep understanding of the multifamily industry, evolving customer preferences, and driving transformational change.

Before joining Camden, Baker was Vice President at Walden Residential Properties and spent nine years at the Howard Hughes Medical Institute in Chevy Chase, MD. She holds an MBA in Finance from George Washington University, and a Bachelor of Business Administration from Sam Houston State University.

Laurie is an officer on the National Multifamily Housing Council’s Executive Committee and serves as the Chair of its Diversity, Equity, and Inclusion Committee. She is vice-chair of ULI's Multifamily Bronze Council, serves on the Advisory Board for Texas A&M’s Master of Real Estate Program and Camp for All. Laurie is past President of CREW Network and CREW Houston and was recognized three times by Real Estate Forum as a Women of Influence. 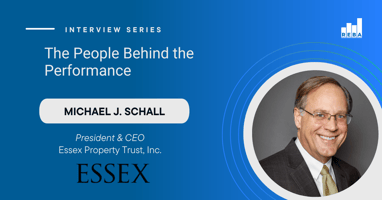 The People Behind the Performance - An Interview with Michael Schall

The People Behind the Performance - An Interview with Brent Steiner 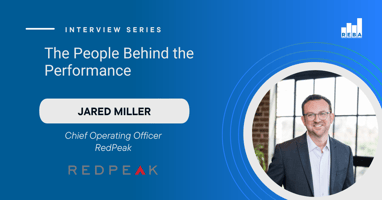 The People Behind the Performance - An Interview with Jared Miller